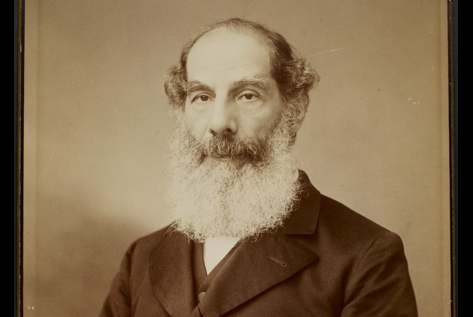 Our third Jesselson-Kaplan American Genizah Project, The Sabato Morais Papers, resulted in the digitization and TEI encoding of the Sabato Morais Papers. We are in the process of building a searchable database that performs full-text searching of almost every document in the Sabato Morais Papers and displays the images of retrieved documents alongside their encoded transcription. This project is of interest to scholars of American, Italian and Sephardic Jewish history, religious studies, immigration and ethnic studies, Hebrew language and the history of Biblical interpretation, and the history of scholarship. By making these writings and correspondence of Sabato Morais digitally available, researchers have access to primary sources that document the development of observant Jewish life in the broad context of Victorian culture on both sides of the Atlantic during the nineteenth century. The Italian-born Morais is chiefly remembered by historians as the founder and first president of the Jewish Theological Seminary, established in New York City in 1886 (today the institutional home of the Conservative denomination of American Judaism). He also was an outspoken intellectual force whose public concerns, such as religious freedom, human rights, antislavery and the abolition of the death penalty were national and international in scope. After his death, Cyrus Adler, the first operating president of Dropsie College and one of American Jewry’s most visible public figures in the early twentieth century, described Morais as “the representative American Jew” to his co-religionists of England, France, Italy, and the Orient. The New York Times remembered Morais as ‘the most eminent rabbi in this country . . . a powerful and aggressive factor in discussions of vast import and interest to millions of people; a deep, incisive, fearless thinker, speaker, and writer.’